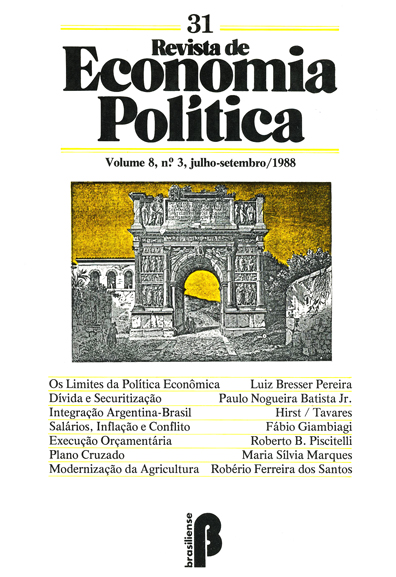 The relations between Argentina and Brazil suffered a major change since 1985, with the start of a new integration project. Although it has been a bilateral iniciative, dais project may have great importance, in the long term, for all Latin America. Its goals are quite broad, involving economic, political, strategic and cultural variables. Another basic aspect of dais project is its commitment with the democratization process of both countries. The successful impact of the argentine-Brazilian project has been due to the fact that it is mainly BD iniciative of Alfonsin’s and Sarney’s governments. Its dura-tion however depends on the economic and political stability in both countries, as well as the active participation of their private sectors.