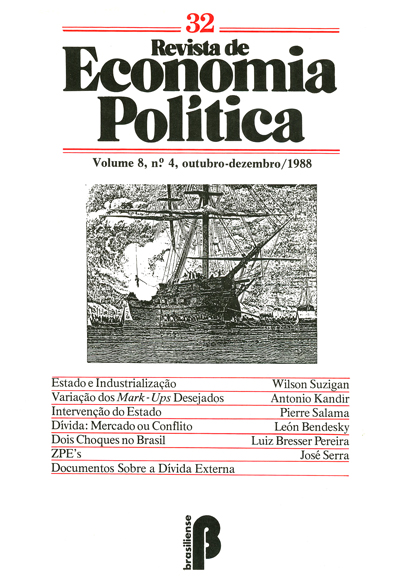 From the 1950s until the end of the 1970s, the state played an active role in structuring and consolidating the industrial sector in Brazil. However, the high degree and permanent nature of protection for the domestic market, together with insufficient scientific and technological development, produced a largely inefficient, technolo-gically backward and internationally uncompetitive industry. It was able to sell abroad because the system of promotion for exports of manufactures off set the anti-export bias of the protection system. These problems were aggravated m the 1980s, when the state not only stopped orienting industrial development but actually began retarding it.