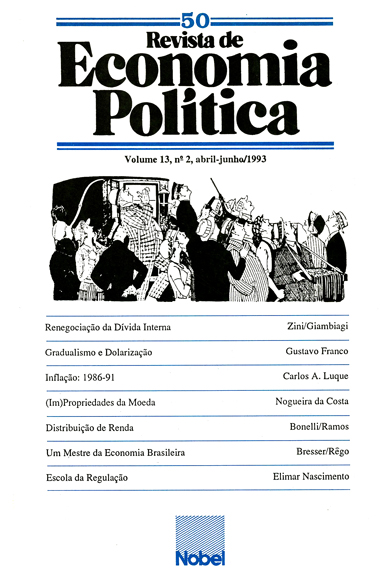 The paper analyses the Brazilian size distribution of income with the objective of identifying to what extent economic policies, macroeconomic performance and changes in the structure of the labor force are related to inequality. There is evidence of long term increases in inequality, especially between 1960 and 1970. Long term trends do not seem to be affected by economic performance, although the stagnation of the 1980s has led to absolute income losses for all individuals except those in the top percentile. Short term behavior, on the other hand, seems to have been influenced by economic performance: there is evidence that growth enhances equity, whereas high inflation has the opposite effect. A decomposition analysis highlights the importance of education in explaining inequality, but points to changes in the structure of the labor force as the major factor in accounting for changes in inequality since the mid-1970s.