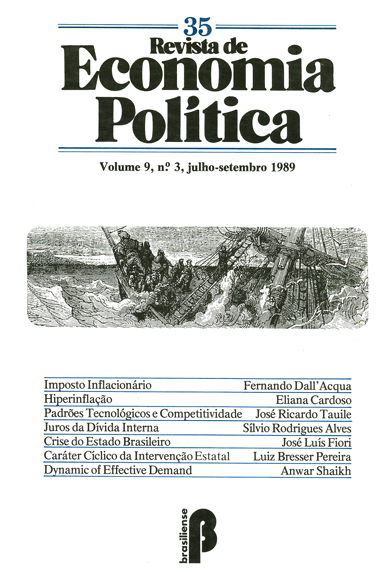 This text begins by exploring the Japanese Model of industrial relations and organization as an alternative to the crisis of fordism-taylorism occurring in Eastern Developed Countries.. Acknowledges for such, the importance of improved capital-labour relations, i.e., workers’ participation in the definitions and in the benefits of common objectives that results for example in better income distribution. Taking the Brazilian case it is diagnosed that the present model of “development” is leading the country to chaos. Radical economic, social and political changes are required to recreate a contemporary model of capitalist development based on Brazilian specifi-cies. In such model social welfare is one of its major economic strengths, a genuine international competitiveness will naturally result from the strengthening of the internal market and labour is not merely considered a cost of production but an important resource for building dynamic comparative advantages.