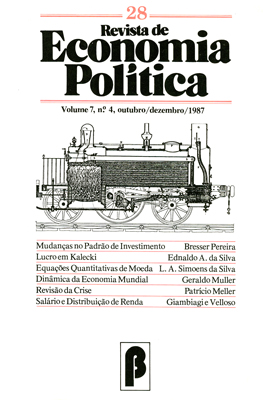 Transnationalization of productive, commercial, technological and financial processes which occurs through transnational corporations has produced a specific economic, social, political and cultural space which is distinct from national space. The contemporary world economy, marked by countless ongoing technical and economic processes which configure the third industrial revolu-tion, can be defined by the interactions between national and transnational space, neither of which can bc said to be disappearing. The lines of force created by the conflictual interactions between the transnational oligarchy and the various national oligarchies are photographed m this study from the national angle and a: three moments since 1950. The outcome is a set of typologies clas-sifying countries on which information was available in 1960, 1970 and 1981.