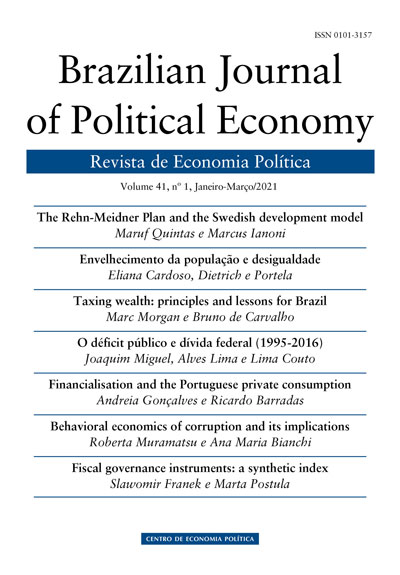 In general, the literature on the developmental state studies Asia and Latin America, not Scandinavia. This article examines the developmental character of the state in Sweden, distinguishing it as a specific case, because its institutions and policies combine the simultaneous promotion of industrialization and social equity. The paper analyzes the Swedish model of development, centered in Rehn-Meidner Plan (R-M), a political strategy of the national development headed by the Swedish Social Democratic Party (SAP). It is argued that in Sweden industrialization and the construction of the welfare state were two sides of the same coin. The R-M Plan played a key role in consolidating the Swedish model between 1945 and 1975. It combined and articulated economic development, centered on industrialization, reduction of social inequalities, and fiscal and monetary stability. It increased productive complexity and equality, unified economic policy and social policy, planned industrialization and income redistribution. It was structured through a broad power pact among workers, industry, farmers, political representatives elected by SAP and public bureaucracy. It was institutionalized, above all, by the democratic corporatist arrangement of centralized salary negotiations.