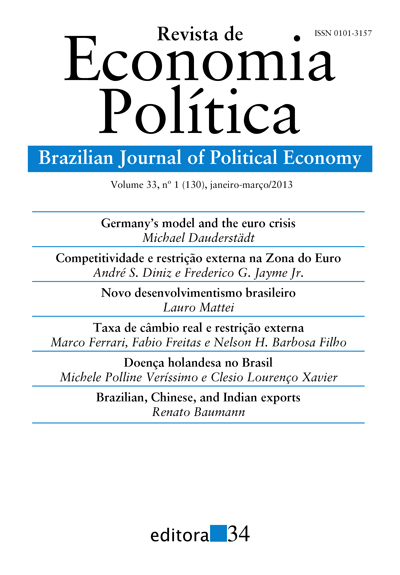 The debate regarding Brazil’s development model returned again to the public arena in the first decade of 21st Century after two decades of orthodox economic policies which encouraged non-developed countries to adopt liberal economic policies as their preferred growth strategies. As Brazil achieved neither economic stability nor development, the discussion of new development strategies returned as a popular research topic. It is in this context that a new development theory – Neo Developmentalism – emerges. The objective of this article is to review the origins of this debate and the main propositions defended by the group aiming to implement a new development model policy in the country. The main conclusions are that this group has had an important contribution in maintaining the development debate in the public agenda as well as proposing a new theoretical approach called “structuralist macroeconomic development”.