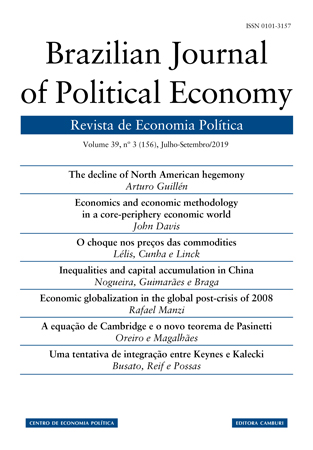 Historical performance of BNDES: what can data tell us?

This paper has three objectives. First, to investigate the sectoral composition of Brazilian Development Bank (BNDES) loans since 1952, based on the institution’s financing track record throughout its history. BNDES was created to be the bank of national infrastructure and did, in fact, played this role in its first decade of existence. However, from the 1960’s onwards, the major part of the bank’s loans was directed towards the industrial sector, even if in a decreasing manner along the course of time. Only in the 2010 decade did infrastructure return to be the focus of the bank’s loans. The second objective consists in analyzing the size of the Bank relative to Brazilian aggregate investment and to GDP. The data shows that the institution significantly increasedits size in the first decade of the 2000’s, especially between 2009 and 2014, when it surpassed the size observed in the seventies, a period marked by the II PND. The third objective is to decompose BNDES loans by the size of the companies since 1990. Data reveals that big companies have been less and less - and not more, as common sense indicates- benefited by BNDES credit. This means that small and medium companies (SMEs) have gained an increasing share of BNDES loans in the last thirty years.