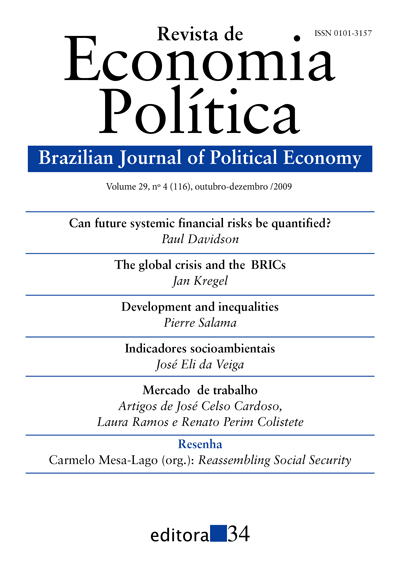 Developing countries experienced high growth and low inflation in the new Millennium. This has been due in part to the impact of the expansion in developed country financial markets on demand for exports. Especially positive has been the performance of the so-called BRICs - Brazil, Russia, India and China. The collapse of the financial markets will eliminate the positive impact of export-led growth. An alternative strategy will be required. One possibility is to build on domestic sources of demand. Brazil is well-placed to engage in such a strategy and already has a number of policies to support this alternative. They should be introduced rapidly.