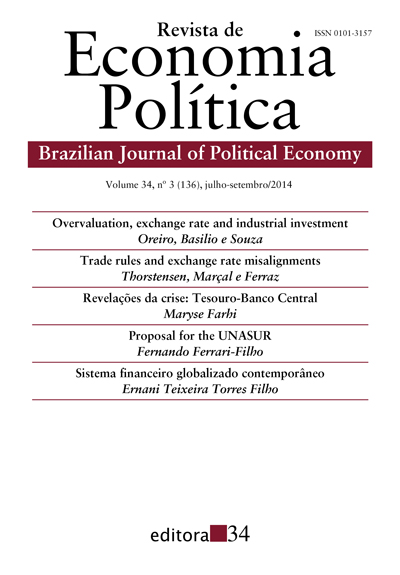 Revelations of the crisis: fiat currency and the Treasury/Central Bank relations

Revelations of the crisis: fiat currency and the Treasury/Central Bank relations. The current crisis shed a new light on issues that, previously, were not perceived as serious or important. It highlighted the close ties between fiat currency and government bonds denominated in it or, in other words, the relationship between Treasury and Central Bank. Two ill-conceived views of the “new consensus” on money that had turned into taboos were put in evidence. The first, derived from the quantitative theory, concerns the rejection of unsterilized monetary expansion; the second, directly related to the neoliberal ideology, prohibits or imposes strict limits on the role of central banks in the financing of public debts.