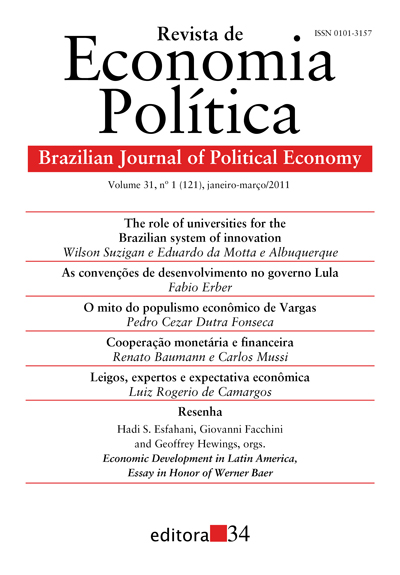 Development conventions in Lula’s mandates: an essay on political economy.

This article analyses the different development proposals put forward during the two Lula Presidential mandates. It is argued that such proposals are structured as “development conventions”, which involve different priorities and different solutions to the problem of structural transformation. Their analytical frame is also different as are the interest groups which uphold them. Therefore their epistemology must be placed in the political economy context. It is argued that, notwithstanding the weight gained by a “developmental” convention over the second mandate, a “stability” convention is still hegemonic and commands macroeconomic policies.