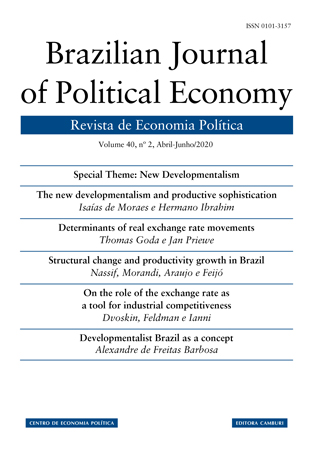 This research analyzes the Brazilian structural economic crisis throughout the 1970s and 1980s and the political responses of the Authoritarian National Developmentalism (1964-1985). Firstly, the study highlights the nature of the international oil crises of 1973 and 1979, showing an unexpected rise in interest rates by the US Central Bank and the tightening of external credit after 1979. Rising interest rates meant the end of liquidity in the international credit finance market and the beginning of a drastically recessive policy in Brazil. These factors contributed to the erosion of the growth model based on external debt, a model reflected in two main paradigms: the “economic miracle” (1968-1973) marked by high GDP growth rates; and the II National Development Plan (II PND) (1974-1979), focused on deepening the import substitution industrialization (ISI). The collapse of authoritarianism led to hyperinflation, external indebtedness, and the state’s fiscal crisis, exposing the hegemony of rentier, nonproductive financial capitalism. The second part of the article investigates the negative externalities of the structural economic crisis at the social level, such as concentration, centralization, and closing of the decision-making process, hindering workers’ participation; the intensification of union mobilizations for wage recomposition; the spread of  nemployment/underemployment in metropolitan regions; the wage squeeze; the increase in unhealthy labor relations and, therefore, the thinning of the social fabric.