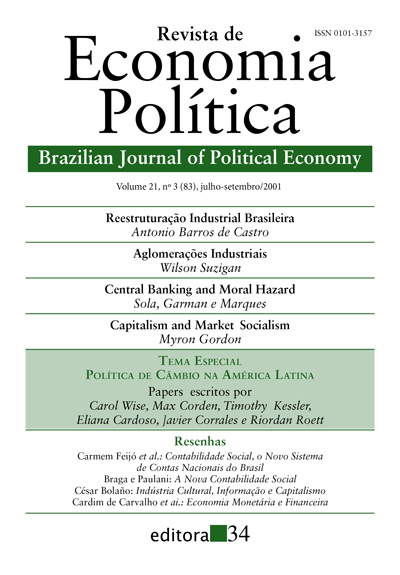 Brazilian monetary crisis: migrating from the exchange rate anchor to the flexible regime

The author begins by asking why Brazilian policymakers opted to target the exchange rate to stabilize inflation when this strategy had already failed in Mexico. The answer: it was no longer possible to accommodate the country’s high inflation rate through the pervasive use of price indexation and a competitive exchange rate policy. Under conditions of high inflation, the anchoring of the exchange rate within the Real Plan was the quickest route toward price stability. However, policy success also required deep fiscal adjustment, and traditional Brazilian politics stubbornly resisted the necessary tax reforms. In contrast to Mexico, where the peso crash was fueled by reckless private sector spending and borrowing, Brazil’s January 1999 devaluation was triggered by chronically high fiscal deficits. Brazil’s rapid recovery under a flexible currency regime suggests that the macroeconomic fundamentals are back on track; the challenge now lies in the crafting of a viable pro-reform political coalition that can cut through the numerous parochial interests that converged to provoke the 1999 devaluation.