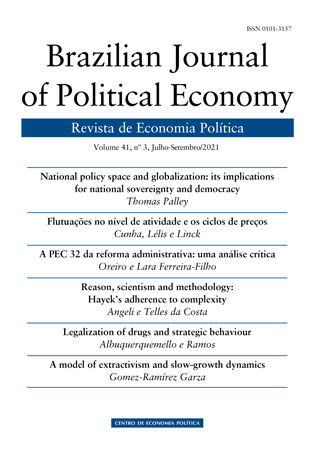 Legalization of drugs and strategic behaviour

The growing number of users, about 250 million, in 2016, and the sheer number of health problems, that cause 190,000 deaths per year, are just some of the data that has rekindled the debate and discussion into the efficiency of the prohibitionist drug policies concerning drug consumption throughout the world. As a result, there has been the establishment of a special branch of literature focused on the investigation into this theme. In this regard, the present article conducts an economic analysis of scenarios where there is no decriminalization of drugs and other areas where legalization has been partial (marijuana) or complete, based on Game Theory. Thus, different from other studies, this paper establishes conditions of compatibility of incentives so that the economy could become formal, after decriminalization, to avoid contraband under a legal guise. This paper also manages to show which situation (Nash equilibrium) provides the greatest well-being for society.