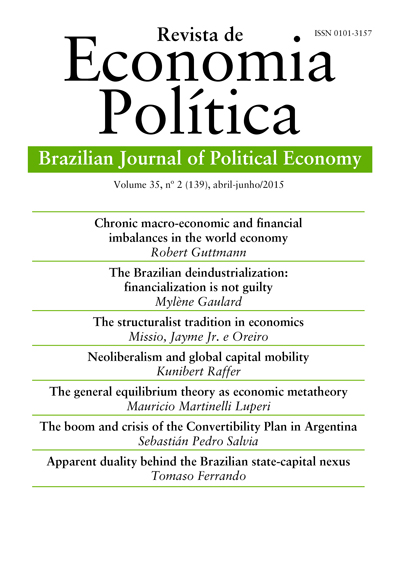 The structuralist tradition in economics: methodological and macroeconomics aspects

This paper examines the structuralist tradition in economics, emphasizing the role that structures play in the economic growth of developing countries. Since the subject at hand is evidently too large to cover in a single article, an emphasis has been brought to bear upon the macroeconomic elements of such a tradition, while also exploring its methodological aspects. It begins by analysing some general aspects of structuralism in economics (its evolution and origins) associated with ECLAC thought, in this instance focusing on the dynamics of the center-periphery relationship. Thereafter, the macroeconomic structuralism derived from the works of Taylor (1983, 1991) is presented, followed by a presentation of neo-structuralism. Centred on the concept of systemic competitiveness, this approach defines a strategy to achieve the high road of globalization, understood here as an inevitable process in spite of its engagement being dependent on the policies adopted. The conclusions show the genuine contributions of this tradition to economic theory.