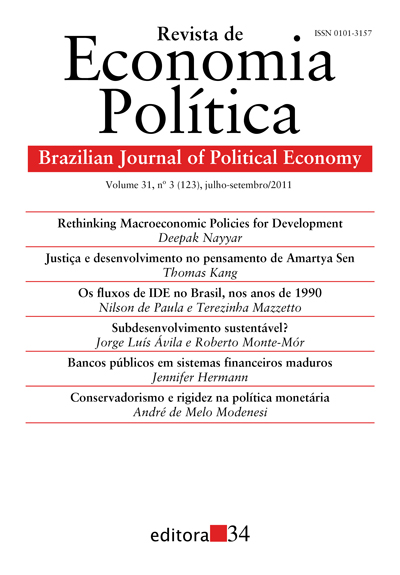 Justice and development in Amartya Sen’s though

This article aims to present an overview of Amartya Sen’s thought, relating to his writings on political philosophy and his contributions to the field of development economics. This paper shows how justice and development are highly related in Sen’s approach based on the concept of capability. Along with this paper, we will present some debates between Sen and John Rawls, beside other critics. This is done to explain the complex theoretical system elaborated by him. In concluding, the paper shows that the objective of Sen is to find a satisfactory concept of development that is explicit in its ethical presumptions.