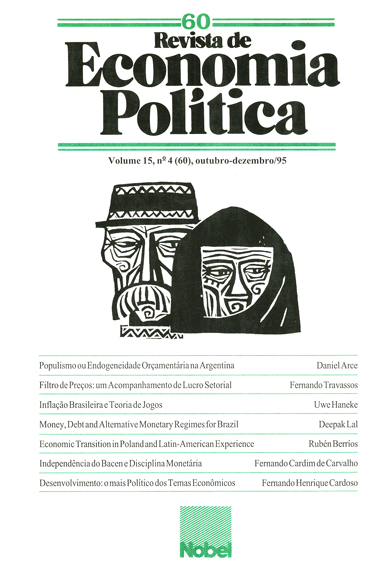 Convergence between state per capita incomes in Brazil

This paper presents, in its first section, the available evidence regarding the evolution of the inter-state and inter-regional distribution of income in Brazil, between the years 1970 and 1985. The main conclusion, in that a clear trend towards convergence of the state and regional per capita incomes oprevailed in the aforementioned period. In section 2, some explanations are advanced for the observed trend, whereas, in the final section, a discussion is made of the prospects that the convergence of per capita incomes has been maintained in the post- 1985 period, for which data are not available, and will continue to prevail in the future.