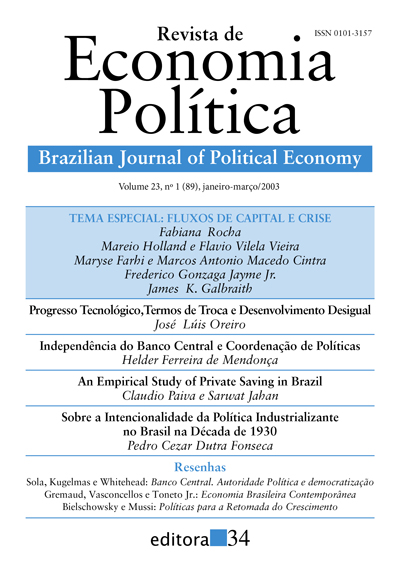 From the contributions of institutional theorists, the widespread proposition, begun with Celso Furtado’s work, that the significant growth of the Brazilian transformation industry in the 1930s happened with no intention or awareness from the federal administration since it derived from the policy of defense of the coffee export is criticized. For this matter, after rebuilding Furtado’s thought on the subject, we argue that by that decade there was enough empirical evidence to show the intent and the administration towards industrialization so that it cannot be considered a mere “byproduct” of the exchange and monetary policies regarding the defense of the coffee economy.