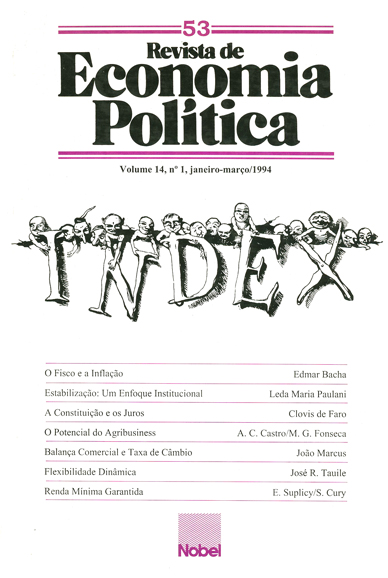 The Brazilian economy continues presenting the most unequal distribution of income among all countries in the world. The article presents the consequences of the growing disparities and considers the pros and cons of the introduction of a Guaranteed Minimum Income Program, through a negative income tax, as an efficient instrument to remove poverty. The second part of this work identifies an analytical structure which could reproduce the effects, on the level of the productive structure, of a process of Income Distribution. The aim was achieved as a result of the choice of an Input-Output Model which used an enlargement of the basic Leontief (1951) Model, from a derivation of social accounting matrix, as resulted in an estimation of the disaggregated multipliers for production, income and employment.