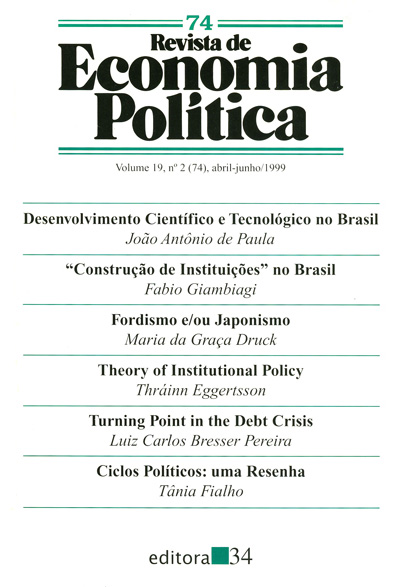 A turning point in the debt crisis: Brazil, the US Treasury and the World Bank

This paper is an account of the Brazilian 1987 negotiation of the debt crisis, that
represented a turning point in the history of this world financial crisis. When the author
assumed the Finance Ministry of Brazil, in April l997, the country was in moratorium. The
minister, after consulting international bankers, economists and state officials, prepared a
proposal for solving the problem that was based in two key ideas: the securitization of the
debt with a discount, and the relative delinkage between IMF and the commercial banks in
the negotiations. In September 1997 the proposal received from the Secretary of the Treasury,
James Baker, a public “non starter” answer, but given the interest it immediately arose in the
international financial community, eighteen months later the Brady Plan, that established the
parameters for solving the debt crisis, had as core proposals these two ideas.