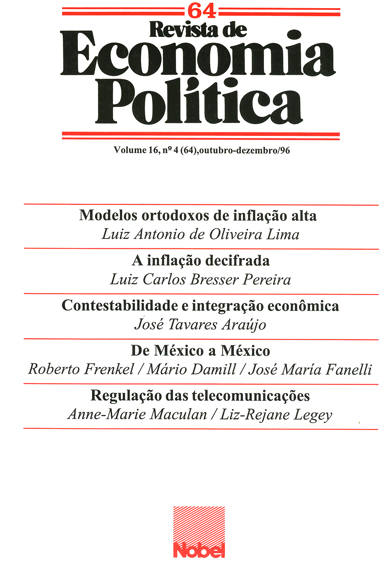 This paper is an account of the intellectual process that led, in the early 1980s, to
the definition of a new economic theory – the theory inertial inflation – and to the proposal
of heterodox policies to deal with this type of high and chronic inflation, that, in intensity
terms, stays between moderate or usual inflation and hyperinflation. The theory says that
this type of inflation is the consequence of phased or staggered price adjustments. Economic
agents are involved in an endless process of balancing and unbalancing relative prices, as
they keep up with the going inflation, formally or informally indexing their prices. To fight
this type of inflation orthodox or conventional fiscal and monetary policies are insufficient.
In addition, it is necessary to adopt a heterodox mechanism that neutralizes inertia, making
possible to stop inflation. It is part of a book in preparation where the author reports his
experience as finance minister of Brazil in 1987.